Engineering works will take place between Malahide and Drogheda this Bank Holiday weekend Saturday 4th, Sunday 5th and Monday 6th February. Bus transfers will be in operation on Belfast and Northern Commuter services. Customers are advised to check our Journey Planner prior to travel.

Iarnród Éireann has awarded leading Irish builder and contractor John Sisk and Son the contract for the first phase of works to reinstate the Limerick to Foynes rail line for freight services, with mobilisation and physical works set to commence in early February.

The project for phase 1 of the works has been funded by the Department of Transport, and will focus on track and track bed works, vegetation clearance, fencing and works at bridges, level crossings and public road crossings. 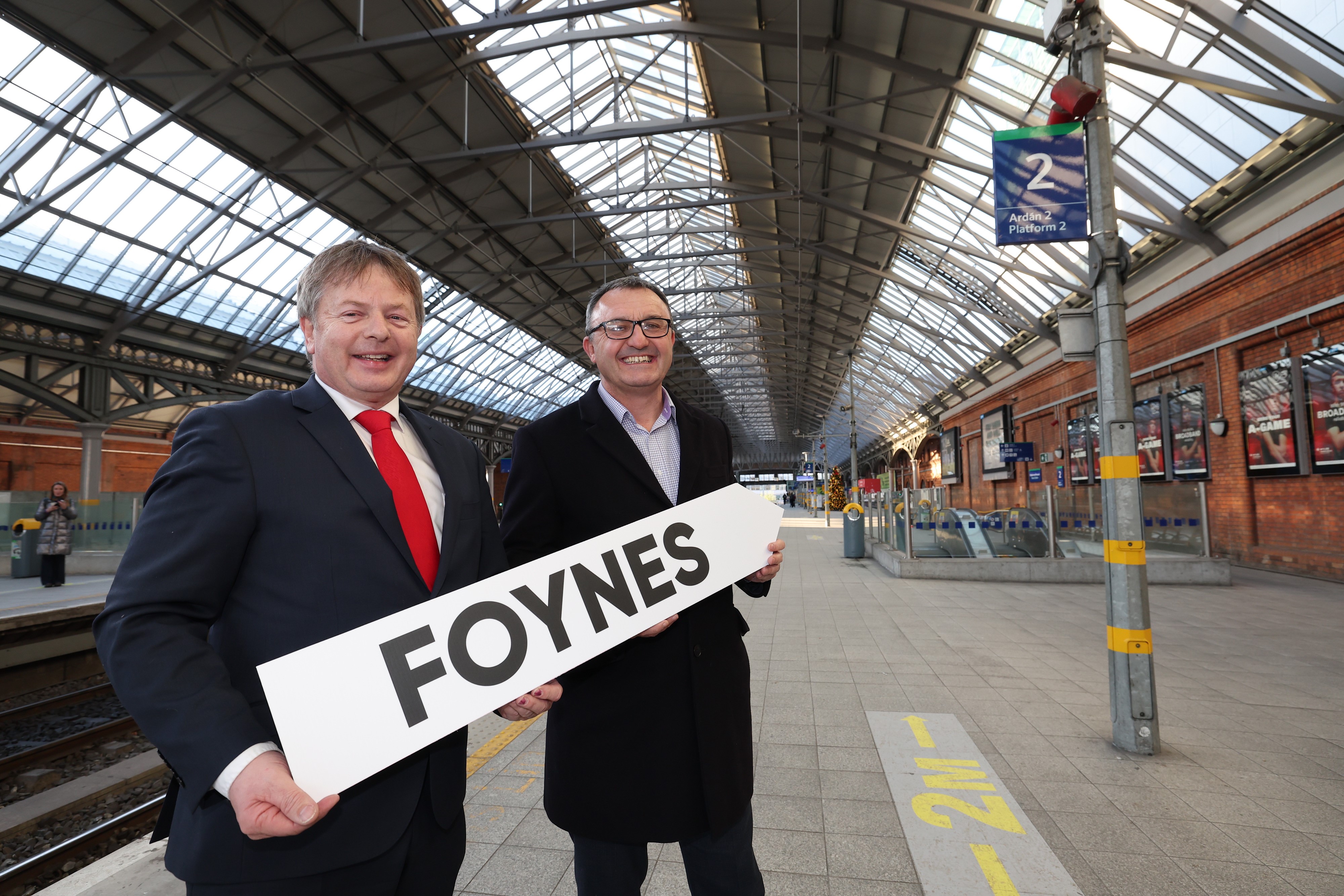 The 42km railway line between Limerick and Foynes originally opened in 1858 but closed to passenger traffic in 1963. Freight services continued until 2001.  The line’s reinstatement is a key element of Iarnród Éireann’s Rail Freight 2040 Strategy to dramatically increase the levels of freight on Ireland’s rail network.

Works being undertaken by John Sisk and Son as part of the €65 million contract for phase one of this project include:

With vegetation clearance already underway, the major physical works will begin next month (February 2023) and will be complete by late 2024.

Phase two of the project will include provision of a signalling system for the route, CCTV level crossings, train communications system and track connections and upgrades at Limerick and in Foynes Yard. Subject to funding allocation for phase 2, it is anticipated that the route will open for freight services in 2025.

Iarnród Éireann Chief Executive Jim Meade said “there is real momentum behind the Foynes line reinstatement project.  With Exchequer funding having been confirmed in November, we are delighted to be able to announce the contract award to Sisk just weeks later.  In partnership, we look forward to bringing this critical, sustainable infrastructure to fruition, as we contribute to the decarbonisation goals for transport in Ireland.

“We are delighted to be delivering more vital rail infrastructure as part of the ongoing investment by Iarnród Éireann in the network, reconnecting the 42km stretch of railway between Limerick and Foynes which has been out of use since freight service stopped in 2001.

“At Sisk we are active across our business in delivering sustainable infrastructure and this line, initially being brought back into service for freight, is part of Iarnród Éireann’s Rail Freight 2040 Strategy, and the recently launched strategic review of the Shannon Foynes Port Company Masterplan, Vision 2041.

“It will bring back the connection between rail and ship services and promote sustainable transport by strengthening freight transport via rail and sea. We look forward to delivering this project in partnership with Iarnród Éireann and our supply chain partners.”

Print Back to top
Top