Due to engineering works on Saturday 25th September and Sunday 26th September, a number of service amendments and alterations are in place on certain services, including bus transfers. Please check our Journey Planner before travel.

Pelletstown, the newest station on the Iarnród Éireann network, will open to the communities of Ashington and Royal Canal Park in Dublin on Sunday 26th September.

Pelletstown Station is situated between Ashtown and Broombridge stations on the Dublin to Maynooth/M3 Parkway line.  It will serve the existing community of Ashington as well as the new community at Royal Canal Park, with a journey time of as little as 12 minutes from the city centre, served by 94 trains daily in total (weekdays).

The footbridges will improve connectivity between the two communities of Ashington and Royal Canal Park and will also provide a new pedestrian and cycle access to the Canal Greenway, promoting multi modal transport.  Both bridges will also include ramps for the mobility impaired and those travelling with small children and heavy luggage. Bicycle parking will be provided, as well as dedicated accessible car park spaces, adjacent to Ashington Park. 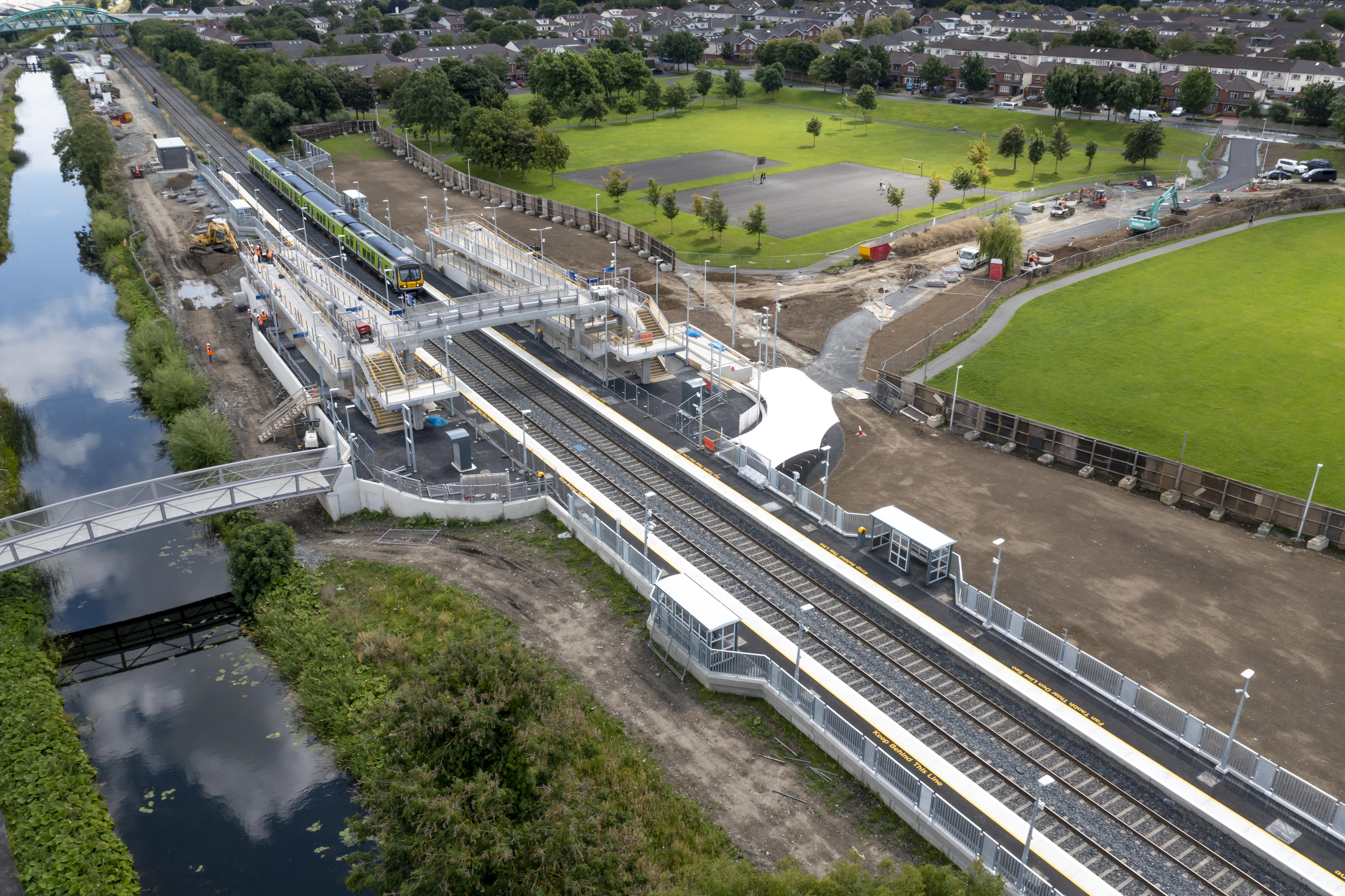